Language is the key to a successful exchange year

Learning the local language is one of the key issues during the exchange year. It is every student’s duty to do their best to learn the language to be able to communicate in the local language. In Finland, both Finnish and Swedish are official languages, and depending on where you are placed, you will learn either of them. Swedish is spoken by some 6 % of the population mainly on the coastal areas and in the archipelago. Finnish is spoken in the rest of the country. If you are placed in Estonia, you will learn Estonian.

You are not required to have done any prior studies in Finnish, Swedish, or Estonian to get an exchange place with us. However, if you make an effort to acquire some basic language skills in advance, you will find that it boosts your learning curve considerably. Nowadays, it is also very efficient to study languages on-line and we recommend that you search various options. One effective on-line course is offered by a Finnish company WordDive. See if it suits you!

At the orientation camp right after your arrival, you will also have a chance to study Finnish/Swedish/Estonian. The lessons cover 25 hours of basic language studies during the camp. They give you a useful base to build on.

During the year, your language studies are further supported by your host club. If there is a suitable language course available locally, your host club will sponsor the course fee. Towards the end of the exchange year you have the possibility to take the official Language Test and have a certificate of your language skills. Your host club will sponsor the test fee.  It is highly recommended that you take your language studies seriously and aim to pass this test. The certificate may become a fine and useful asset later in your life! More information about the language tests is available below.

You are also encouraged to start using Finnish/Swedish/Estonian from the very beginning when communicating with your host family. This is going to require some willpower on your behalf, as many people in Finland and Estonia speak good English; it is so much easier to resort to it. Our advice is: forget about English! The truth is, that if you are adamant and motivated to learn, you will do so more quickly if you only stick to the particular language you are learning. You may find Finnish/Swedish/Estonian rather different and difficult languages, but it is not impossible to learn to speak one of them. We have witnessed this happening over and over again every year! You will find it extremely gratifying when you one day realize that now you understand what people around you are saying!

Learning the language does not only help you to communicate, but it also enhances your understanding of the local culture. Language and culture go always hand in hand. You will get so much more out of your exchange experience when you are able to speak the language and interpret the culture. You are respected for the effort of learning and, vice versa, you are showing the local people respect by being interested in their language. On a worldwide scale, speaking foreign languages opens up unforeseeable opportunities. You never know, where knowing Finnish/Swedish/Estonian will take you later in life! 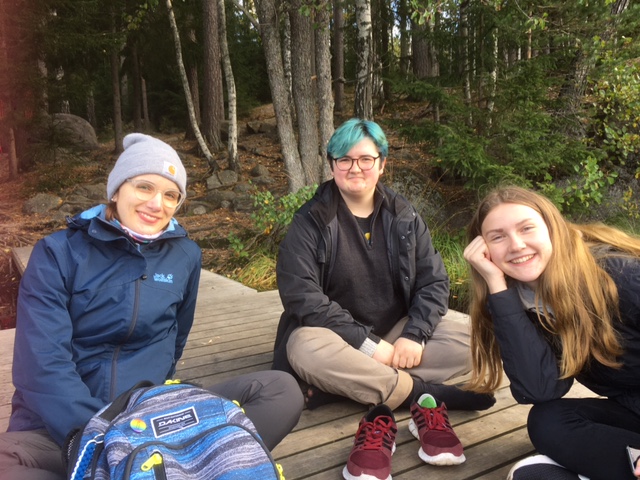 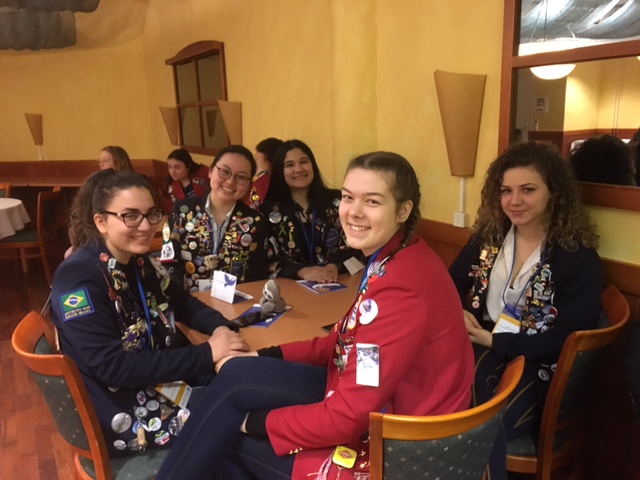 At the end of the exchange year, all our Inbound students living in Finland should test their skills in Finnish or Swedish. The test is arranged according to The National Certificate of Language Proficiency and organised by the Finnish Ministry of Education. The test will take place in test centers situated all around the country.

There are three test levels, but The Basic Level Test is the suitable one for most of the students. There is a participation fee for the test, but the hosting Rotary club is instructed to pay it for you. Please contact your host club´s youth exchange counselor for additional information on this.

More information about the test can be found here.

Register for the language test here.

Please mention in the form that you are a Rotary Exchange Student! If needed, ask  your host family or counselor for help when registering for the test. Take a pencil, eraser, and your passport or official ID card with you to the test.

Good luck with the test !

If you have any questions, please contact our language test coordinator.

This video is another good source of instructions (sorry, in Finnish only, but watch it with your host family if necessary).